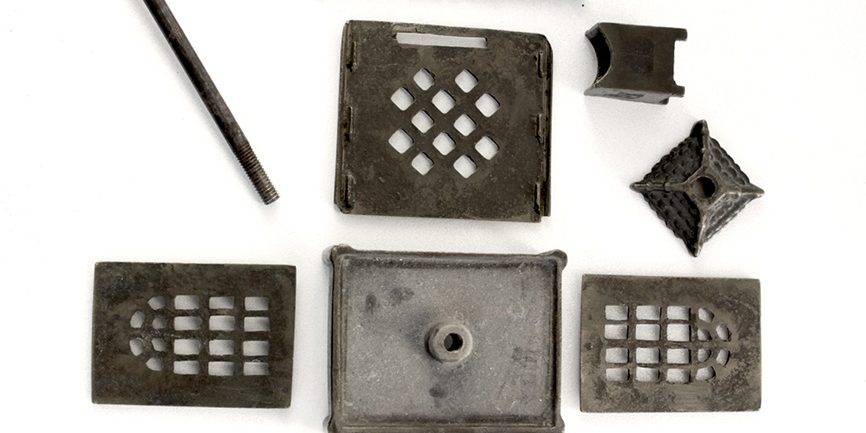 Situated in a building with elevator, well-lit 70 m2 apartment (infinite space for mezzanines), deconstructed and restructured on a daily basis, comprised of entrance hall, living room with kitchen, bedroom, bathroom and variable humanity. View overlooking the world of contemporary arts.

Ab ovo: this is the term Latins used to define the remote beginning of something, that of a story, a historical narration, a myth or a philosophical idea of the genesis of the cosmos. Ab ovo, “from the egg”, this idea is effective as it transforms the dimension of the entire world into that of an egg, as if the extreme concentration of its essence would allow a cosmic explosion to occur, the creative act of genesis.

The expression is interpreted more freely in Orazio’s Satires,  it can be appreciated for its marked emphasis on “home” as a point of origin and the archetypical symbolism of the egg: Ab ovo usque ad mala, “from the egg to the apple”; we might say from the appetizer to the dessert. In short, even if this philosophy delights the palate with the decadent refinement of a vocabulary of archetypes, apocalypses, rebirth, noumenon and anamorphosis, in the end we are always within the four walls of the living room.

Oikoumene: in greek is “inhabited land” ,”the world”, but etymology allows us to see that this cosmological inspiration does not exceed or negate aspects of everyday human life and its sublimation, since the term Oikoumene is the extension of the more subdued and homely oikos, meaning “home”, “housing”. That which we call the universe is a projection of man outside of himself but always along the guidelines and familiar measurements of our domestic space, and, on the other hand, always in the anthropomorphic dimension of the home where we find ourselves thinking and cataloguing the fundamental questions of our existence. 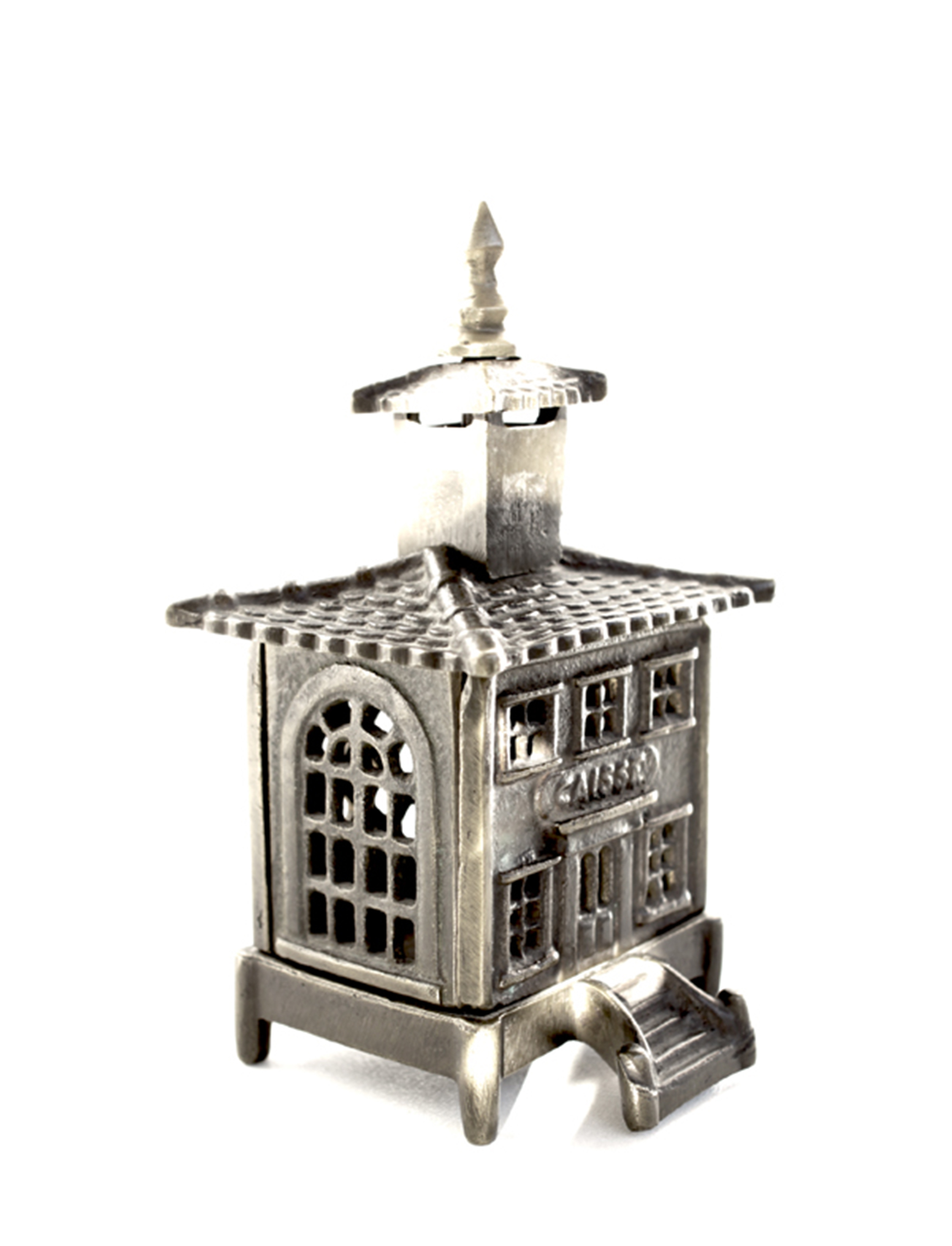 The space of the home can be thought as belonging to highly contrasting categories, but it isn’t certain that those which are closest to conceptual abstraction or which emphasize aesthetics are the only ones with the right to exist. The language of real estate franchising, calls the house “immobile” (in Italian property / immobile) or “stabile” (in Italian property / stable) and in doing so declares, not impartially but not for this incorrectly, stability as the essence of the living space, with an anti-nomadic conviction, highlighting its role as a refuge and protected oasis in the dimension of “other”, separated from the world where people live their everyday lives. The home is a space for the conservation and continuity of what is customary, of reassurance, warmth and the correct-proportions. But to reach this objective is to be condemned into seeing only one side of the home, a view, and lose sight of the essential, the dialectical tension between centripetal and centrifugal thrust, introjection and extroversion, a dialogue entirely about the essence of the home which doesn’t know which idea it belongs to, closing or opening, being or becoming. Let us try to overturn the terms of the problem and imagine the home as a place in which the ego, instead of finding a world, loses it. For example, if we think about the deprivation those under home arrest suffer from, we realize that it isn’t due to the restriction from the rest of the world but the transformation of the home into a prison and with it the existentially devastating distortion of its symbolic meaning. The home, from a place of elaboration and projection of the world to a “symbol” or bridge between the self and the world, becomes rather its own negation and its limit, the limit of my world, the tension of existence from centrifuge becomes obsessively centripetal, bouncing between the domestic walls and returning to the meaningless self, thereby demonstrating the loss of the symbolic value of those walls and their contents. Space is always the same and everything is in its place: the home in this sense doesn’t exist anymore. The world cannot be understood unless it is traced back to ab ovo, as we have been taught the ancient civilizations, but it is also true that the sense of ovo, the home, is inconceivable without its dialectical counterpart, the world. The project ALBUME attempts to reactivate the hidden meaning of home as a place of origin: the egg, the egg white which is the dense essence, the origin of life and the concentrated essence of future paths to build and explore. In the artworks exhibited by the ALBUME project, the domestic dimension has been from time to time “a madeleine” of existential paths, spatial projections of the artist’s body or mobile partition, sensitive to the breath of those who live inside; the home was able to become the macrocosm of the human microcosm reproducing with its articulation of place the organic link and the symbiosis of body parts, but also becoming an inverted microcosm, where the body of the artist becomes a home, in the form of living rooms and kitchens to be experienced as a places for memories and gestures which are deposited on the body like faded photographs which remember ones stay in heavy silver frames. Woven warped wire and cobwebs: these are the images that recur like a leitmotif in the words of the artists who have been, over the years, involved in the project ALBUME. Heterogeneous plots between the ‘I’ and the home, and between the ‘I’ and the world, between artworks and exhibition spaces, in a location between the home and the world and between the body and the world, which has occurred and modulated in the same physical location in a different manner each time according to the artists intervening. In some cases, this lead to a radical redefinition of spaces, other times it highlighted latent paths in venues, in other cases the conventional gesture of arranging artworks on a wall was given an unusual colour in a domestic space, this gesture forced the wall itself to be redefined, no longer as a bearing wall or partition between the kitchen and bathroom but an exposition of meaning, the frame of a symbolic journey which, by transforming the material nature of the walls caused their existential significance to be rediscovered, becoming an aesthetic trophy born from the functionality of daily life. 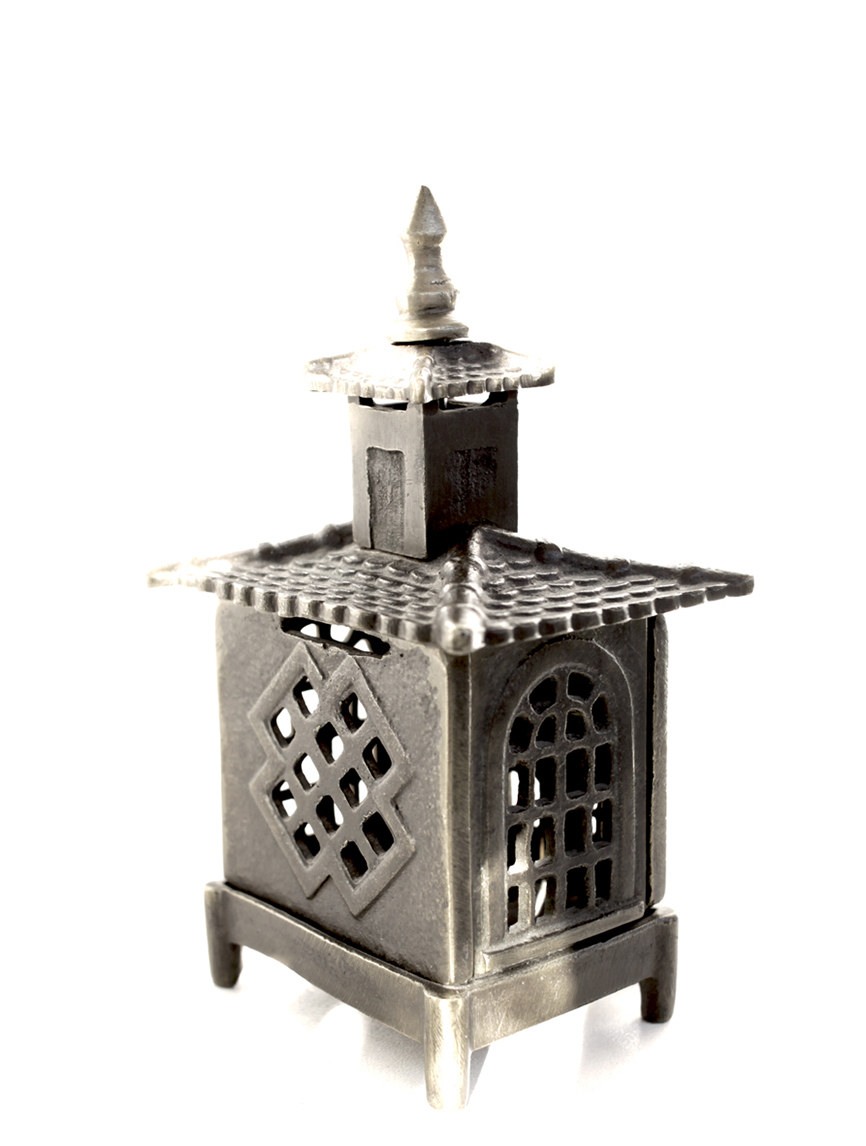 The room is the place of intimacy, where man folds on himself (“camera” (room in Italian) from the Sanskrit root cam, “to be curved, bend”), as if to preserve his identity. Art is the dimension of the viewing public: the artwork is by definition a public exhibition of form, in essence, a visible form. What produces the collision, the oxymoron of their blending? What form, what strange morphologies can take space in the logical contradiction of a public room? Turned inside out like a glove, transformed from inside to outside, undressed and touched by frantic hands, the home requires that the artist justify their actions. However, if we reverse the terms of the relationship between space and art, the scandal of this desecration fades and the contrast is more apparent than real. Space is not prey to artistic manipulations like a military occupation, a sort of neutral substrate, a mere stage on which the art accomplishes its evolutions from the home to the world, in this case the art-space relationship can only be dialectical. If the home with its spaces, colours and objects that fill it, can be understood as the condensation of our existential stories, like a deposit settled on the bottom over the years, art has the task to unravel the threads, show the joints and seams, make use of unrealized potential, follow lines of development, and take missed opportunities. The enhancement of spaces which is not for the promotion of tourism but for the expression of an art that knows exactly how to bring “worth” to light, an etymological balance, a process that art, when it wants to, knows how enact. ALBUME, more than a space for art, is the art of building space.

ALBUME, to think of it, moves along a thin thread of paradox, playing dangerously with the negation of the concept of the home. The essence of a home is time, as well as the essential action which gives shape to its sedimentation. You can change the colours on the walls, add furniture and move plants and carpets, but the identity of the house, its unique physiognomic consonance with those who live in it creates traces of ourselves which, like it or not, become sedimentary. A slow stratification which speaks of whims and memories, abandoned projects and dreams come true, oblivion and oscillations in aesthetic taste. ALBUME instead arises from the desire to make the home a place of perpetual disintegration, an eternal apocalypse and cosmological genesis, a period of making and unmaking space, as if the essence of the home ‘”immobile” (in Italian a property / immobile), was an ironic self-rebuttal . In order to define space, shape it, make it and unmake it, abandoning the colourful idioms into which it translates, these exercises are to understand the plot (returning to the image of the thread), of what space pertains. There is no orthodoxy in the project ALBUME, but the idea of space as tolerance and equivalence of solutions: heresy as a rule, heresy which denies being waste, a dislocation from the norm, an infringement of the rules, heresy makes fun of rules in order to become the only rule possible. 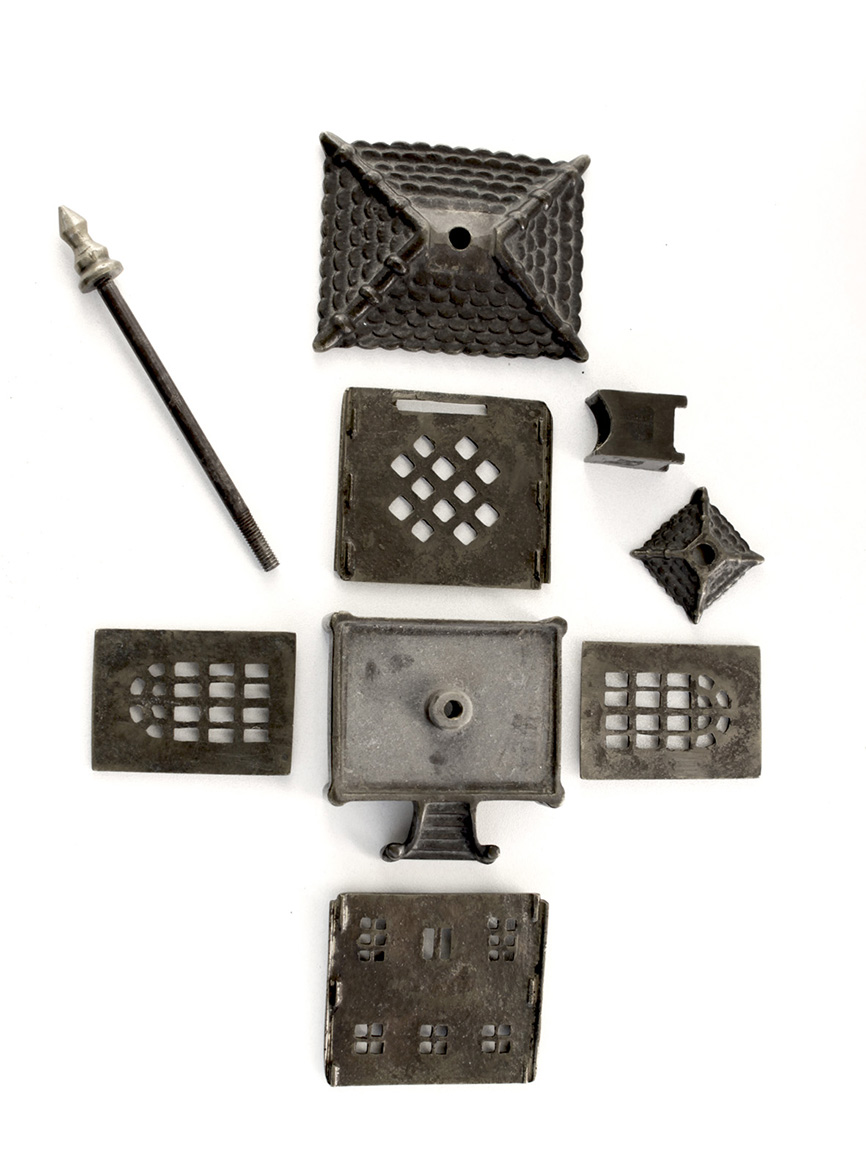